A little while ago, I received a connection request through my LinkedIn site from Joe Vitale: 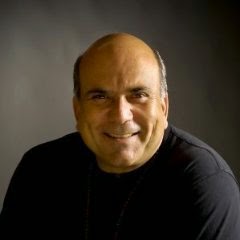 “Hi Richard,
I saw that we are both members of Mastering the Law of Attraction. I viewed your profile and based on your expertise and experience feel you would make a great connection and that we could really benefit each other. Would you mind connecting?
Thank you!”

I had previously attempted to contact Joe through his website, but received no reply. So, after a few months had passed, it seemed like a nice surprise to receive Joe’s contact request. I responded with a personal (and slightly longer reply than I normally give) outlining my own background and time spent also studying the law of attraction. I took the opportunity to mention that I also write books, but could benefit from reaching a larger audience. I never asked Joe for anything, but thought perhaps he might show interest and offer a few personal insights or suggestions that might assist me.

The first time I came across Joe, was in the DVD, ‘The Secret’. However, he also wrote a very well known book called ‘Zero Limits’ – of which I discovered I had a copy. It’s an excellent book and introduces another practice I use called, Ho’oponopono (Dr Hew Len).

Joe, like many celebrities, has started using social media to extend his market reach, beyond his own personal website. However, like many who become famous in their fields, Joe is now quite detached from newcomers to his work, in the sense that he doesn’t appear to answer any new contacts personally. Instead, I’m guessing that he has people who manage this for him. On the one hand, it is perfectly understandable, since to respond to a huge following personally is perhaps an unfair expectation. However, the marketing department only wants to promote Joe’s work to gain further sales – resulting in any possibility of personalization being impossible! Now, I wouldn’t mind if a third party individual from a team read my reply and responded with relevance, but I do object to receiving this:

“Thank you so much for connecting with me!

As a special token of our new connection, please accept my free guide to visualization, and after you accept that, my powerful video about attracting what you truly desire. In life!”

In other words, this response has no bearing or relevance to the content of my reply to his first message – thinking that perhaps Joe himself had made the initial request to connect – and instead, I receive a rather cynical and overt plug to receive information I do not require. Not only that, but if I did wish to accept his offer, I would have to do something which absolutely all people in the law of attraction, self-help, personal development, and publishing fields now do: provide my name and an email address.

Everyone (including myself to a lesser degree) has realised that building ‘targeted’ email lists to notify potential customers of new products is essential to business expansion. My problem with this is that emails are then received on a weekly (and even sometimes daily) basis. The marketing machine goes into full swing and you receive these annoying mailings forever after! What’s more, the emails received are often plugging the same product for weeks and even months on end; it’s like water torture! The hope is that the subliminal message of needing the product will sink in and eventually you will be ready to press the ‘buy’ button. Repetition creating reaction. (Because of my own feelings about receiving ‘junk mail’, I make a promise to only send occasional emails – and I mean very occasional – perhaps only 3 or 4 a year. I also keep my email list private and do not pass, or sell, details to others).

So, in summary, it seems that Joe has people who are acting on his behalf. The question I would ask is, does Joe know that his representatives are impersonating him on LinkedIn?

Of course, if I have all this wrong, I’d welcome Joe’s response to put me right and the opportunity to apologise for doubting his authenticity. In the meantime, I will ask of myself, Dr Hew Len’s favourite question: What is it within me that attracted this experience?

On 25 September 2014, Joe invited people to join his “live event” podcast to promote his new Abundance Project. Initially, it was thought that Joe would actually be “live” and answer questions through a text box system. However, it soon became apparent that Joe was delivering his information via a pre-recorded video while a media accomplice was replying to questions – the only live component.

I stuck with the event and it was fair to say that Joe delivered information and a few techniques that were fine and would help a few people. If the event had then ended after its hour, most of this would have been fine. However, Joe suddenly went full force into his sales pitch. Okay, it’s fair enough to mention a few options for buying into a few things. However, Joe was like an over-energised kid with ADHD, shamelessly going on and on about purchasing his product – for almost another hour without drawing breath! And if that wasn’t hard enough to endure, it became clear that even after 40 minutes, people weren’t sure if he was offering something for free or expecting deferred payment by instalments.

Like many well known spiritual “teachers” in the last 10 years, several have become consumed by mainstream corporate greed – or at least now come across in this way. It’s a shame that their initial good intentions to be of help and service to others have turned into a ‘cash-cow’ that is allowed to be manipulated by third-party organisations.

Personally, I don’t care how much monetary wealth these individuals accrue, but I do feel a little more grace could go with it. Joe isn’t the only one. Neale Donald Walsch has also succumbed to commercial pressure to keep on turning out and producing more sales for his publishers and product producers. There are others too. All these people came up through genuinely hard times and have ‘made it big’. They all have very genuine and moving stories to tell. Some of their work has positively affected the lives of millions. But when the focus moves from caring spiritual help to ways of making increasingly large sums of money – let’s face it, from those who can least afford to pay – then they are no longer helping. I would much rather have seen Joe say at the end of his session:

“This course is usually sold at $296 but I’m going to give it to you free – period. I would only ask, that if your situation in life improves, that when you are able to do so, you send me a donation somewhere in the region of this cost – and I trust that not only will my course benefit you, but that you will also honour this when you have the money to be able to with ease.”

People who are prepared to ‘put their money where their mouth is’ and ‘walk their talk’ will receive much more than the fees they are charging. Let’s see so real faith in the universe – not artificially manufactured. It reminds me of an old wise-saying:

“Trust in Allah, but tie your Camel.”

The universe does not do things by half. It has to be all or nothing where trust and faith is concerned!