A rather nice tree recently appeared at the YSP. Made of rusting iron, cast from pieces of actual trees, it is the work of a Chinese artist.

Ai Weiwei (pronounced I way way) was born in Beijing in 1957, spent time in New York from 1981 and returned to China in 1993. Like many eastern artists who openly express any dissenting opinion about their political leaders and their records on human rights, Ai has had “trumped-up charges” brought against him in a clumsy attempt to silence his views and limit his influence. As a result, he is currently prevented from travelling internationally. 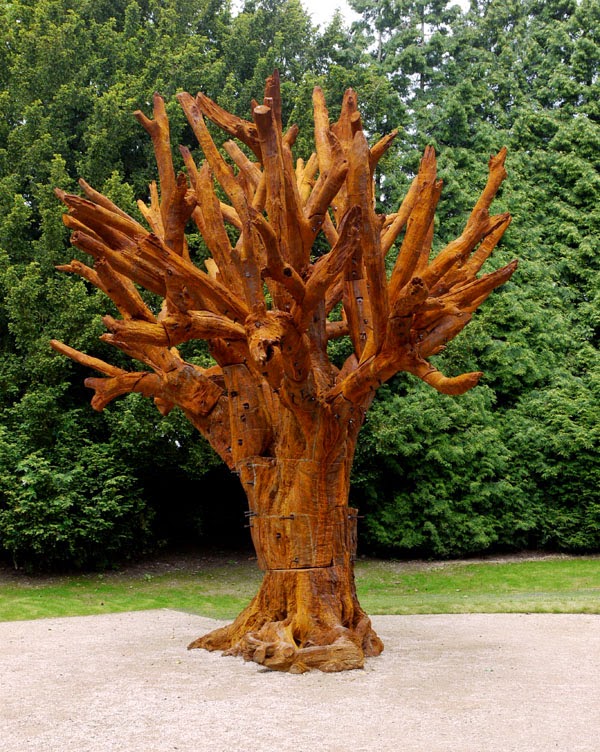 The tree is located in the grounds of the recently restored Chapel and provides an additional feeling of Zen serenity when entering through the Chapel’s wrought iron gateway. 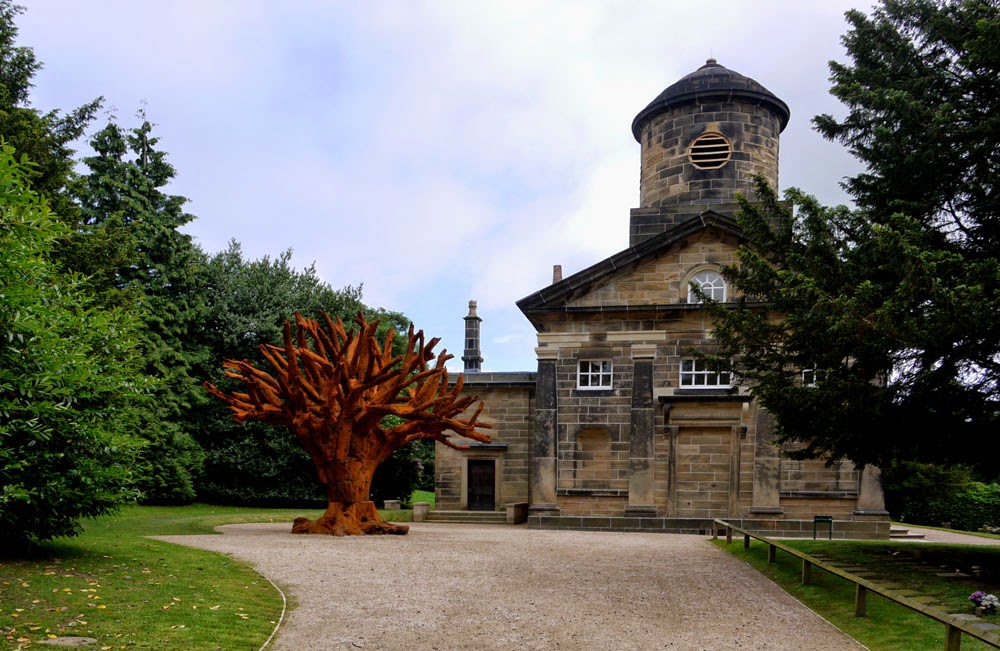 The Chapel itself had become very rundown over the years and inside it was quite dark and a bit poky. Now it has been carefully restored and affords a bright but calm exhibition space.

Interested to see if the rear of the Chapel had been left unmolested, I was pleased to see that it was still intact. This area displays some of the names of the original residents of Bretton Hall, carved in marble slabs, along the Chapel wall. 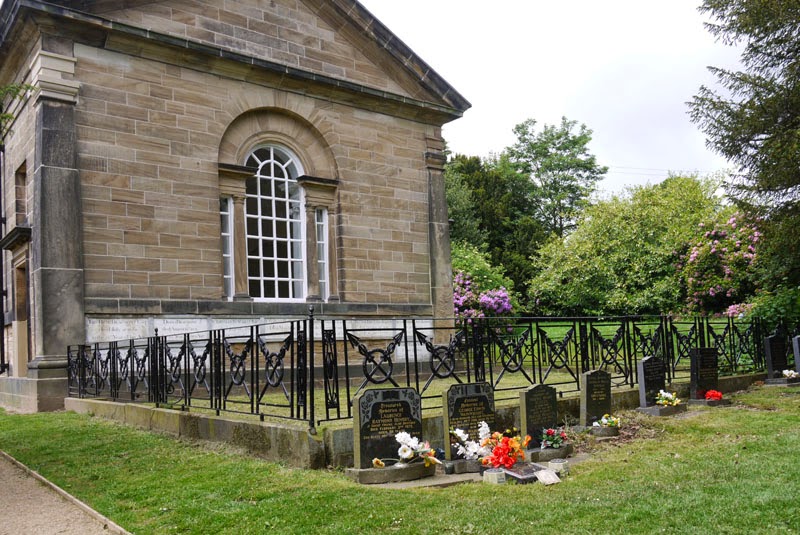 Inside the Chapel, photography is not permitted of exhibitions and therefore I must resort to scanning an image from the YSP’s June 2014 Summer Update Issue 10. 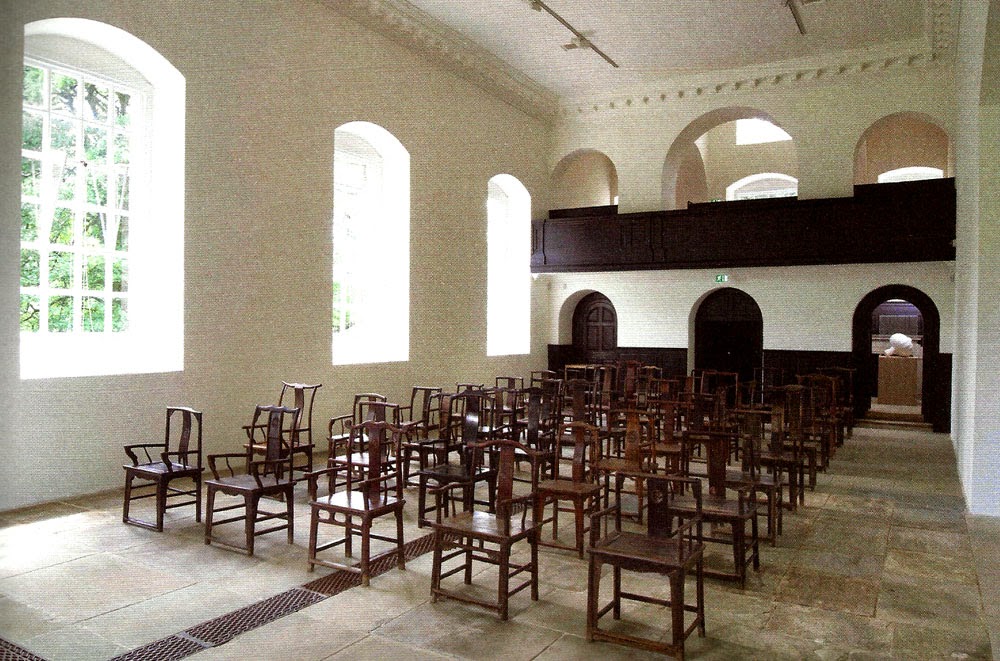 These are 45 of Ai’s ‘Fairytale-1001 Chairs’, described as “inviting audiences to consider freedom and sanctuary in an environment bringing together history and culture.” The number 45 relates to Forty-five Qing dynasty (1644-1910). The full 1001 chairs were used to highlight “the difficulties for Chinese citizens to travel, by enabling 1001 of them to visit Germany.” Although you cannot take photos, you can sit on the chairs. The chairs have been collected by the artist, rather than made by him. Interestingly, small carved emblems on the chairs include some with swastikas which might at first cause some people to question their place here. However, remember that the swastika had been in existence long before the Third Reich adopted it as their emblem for the Nazi Party.

Visitors can still, as previously, access the Chapel balcony area, with its now cleaned wooden floor, and feel the intimacy of the space and its cramped pew seating areas overlooking the contrasting expanse of the hall below.

As I sat on a middle chair, one row back from the front, and not bearing a swastika, I read through the artist’s card loaned to visitors at the entrance. For 5 minutes I was the only visitor, sitting in the tranquility of this historic space, feeling two vibrations merged into one: the message of the artist; the past of the Chapel. I can only describe this combination as producing a physically heavy, but mentally calm, atmosphere. A feeling of physical oppression contrasted by an expansion and freedom of thought…

For more information on Ai Weiwei and his work, have a look here.