Skip to content
When one used to mention “spirituality” to most people, the usual things that came to mind were beardy old gurus from the East or “flower-power Hippies” from the West. Of course, it’s not really as clear-cut as that and there are now many things that define spiritual proclivities. Often separated from the conventions of spirituality, as it relates to formalised religion, we have a plethora of subjects from Astrology and Numerology to Dowsing and Angel Cards and techniques from Meditation to Energy Healing – not to mention zillions of books, multimedia offerings, courses, workshops – and everything imaginable in between! What began as an honest search for meaning and truth has, over recent years, become a somewhat confused message of commercial marketing for abundance acquisition, led by a handful of now famous and often unreachable pundits – mostly American, who have been bestowed with the honour of ‘expert in the field’ and examples of rags-to-riches through Law of Attraction practices. These individuals now hide behind marketing and publicity teams who manage social media profiles on their behalf and charge enormous amounts of [usually] Dollars to make stage appearances or share their wisdom with select paying audiences. We are told that we too can be like these people – if we pay out first and learn second.

What began as an honest search for meaning and truth has, over recent years, become a somewhat confused message of commercial marketing for abundance acquisition…

Despite what we may be led to believe, there are no assurances and no ‘quick-fixes’. In fact, some of these new ‘masters’ have had quite a tough ride to their life of apparent ease, or they have developed a particular set of personality skills that most people do not naturally have at their immediate disposal. Indeed, Reid Tracey (Hay House Publishing) has a favourite saying: “It takes ten years to become an overnight success.” This helps us to understand that when a new celebrity seems to appear from nowhere, it has probably taken quite a lot of background experience and preparation to reach the point of recognition.
Unfortunately, many of these ‘new gurus’, who undoubtedly set out with good intention to share their wonderful discoveries with other, ‘less fortunate’ souls, have become so popular among a sycophantic, celebrity obsessed public, that they have had to employ others to lighten their workloads. Perhaps they are unaware of the pernicious marketing and avaricious marketeers who now profess to act on their behalf, but instead open their masters and mistresses to pillory. Success for a majority in our western society seems to equate to monetary wealth and stability. The opening gambit of many spiritual teachers seems to be along the lines of: “I spent two years sleeping on park benches and last year turned over $6,000,000!”

Personally, I cannot recall someone ever saying: “I was leading a fairly routine and ordinary life, just getting by, but now I am filled with joy every day and easily attract all that I want in life.” Furthermore, the marketing videos, with their hidden controls so you cannot advance or see how much time is left, will go on and on for thirty minutes or so, about how wonderful something is, without actually telling you what “it” is! And right at the end, you too can have this marvellous opportunity for only four monthly payments of 295 Dollars… and if you give us your name and email [so we can bombard you with other products every week for eternity] you can download instantly, a free ‘get-it-now-for-nothing’ workbook! 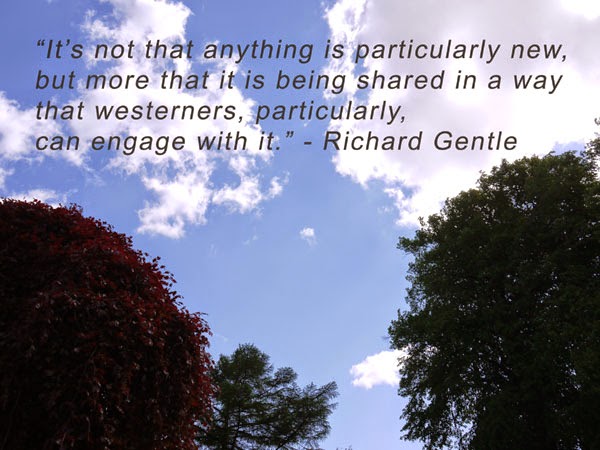 Of course, it’s not all as negative as portrayed above and one thing that these people and their exploits offer is a gateway to spirituality for those who wish to dip their toe in something deeper than the tepid waters of intellectual understanding. With the added assistance of a number of “channelled entities” (‘beings of non-physical form’) contemporary understanding of the nature of our universe, and the reality of people within it, has taken a refreshing and exciting direction. It’s not that anything is particularly new, but more that it is being shared in a way that westerners, particularly, can engage with it. We have moved from East-West cultural disparity and cryptic parables to multicultural awareness and a plainer, more relevant contemporary language for our 21st Century mysticism. Perhaps we can finally reach the promised land of new conscious understanding, abundance, and the joyfulness we have always yearned for… Well, not quite. We now have to become expert sifters – deciding which information is right for us as individuals. We have to actively choose what we wish to focus our attention on; to stop acting by default in a world of ‘the way it is’ and change to a world of ‘the way we want it’.

And now you begin to see our dilemma. We live in a world we have become used to and we reinforce what we experience from what we have already produced. We surround ourselves with negative news and expectations – constantly looking out for the things we fear most. Whether it is illness, violence, or poverty, we cannot turn away. Like the proverbial rabbits caught in headlights, we freeze to the spot as our destiny hurtles towards us – not realising that we can make a new decision to move at any moment of our choosing. Our society battles, fights, and wages war over everything. We turn the most mundane into magnificent drama. The person who was not run over was “very nearly killed!” – Only no one died. No one was even touched. A tragedy of apocalyptic consequences was fortunately averted. And so we search out the next potential disaster for our salivating audience to boost our ratings.
Mother Teresa said she would “…not attend an anti-war rally.” Gandhi said “Be the change you want to see.” They both knew that holding the vibration of war or retribution was only going to perpetuate, or further attract, the very conditions that were not wanted. They knew that it was far more powerful to focus on a new desired outcome, than it was to push against an already established opposite. 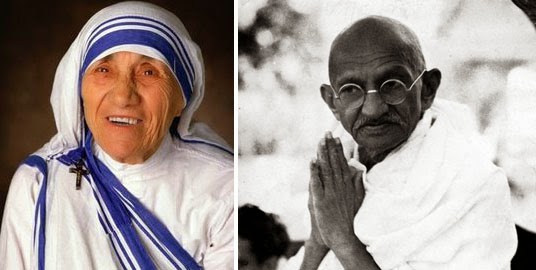 And yet, even in reading that last paragraph, the majority of you, whilst nodding in agreement, will pass it by and never consider the implications of truly living in that way; taking personal and full responsibility for everything that you experience or that happens in your life. Can you imagine for instance, not making a judgement against something or someone you disagree with? Could you be at the receiving end of a difficult situation and say “I love you” – no matter what the next minutes, hours, days, or weeks may continue to bring? The default position for most is to rail against injustice and to promise vengeance against the perpetrators of negative expression – spurred on by those around us who look towards our democratic fair play as the best solution. Rather than trying to constantly control people in our society, by adding rules, regulations and accountability assessments, perhaps we would be better promoting the natural universal laws of attraction and trusting individuals to find their own paths – whether through sexuality, drugs, rock & roll, or something completely different. Right and wrong are human constructs of control to help some people feel better about things they find difficult to accept in their own make-up. Right and wrong are not a true feature of the universe, any more than linear time is. It is more about contrast and having a sense of time to decide and experience our choices.
So by all means, stay on the fringe of spirituality, playing with the illusion of understanding through buying into all sorts of diversionary tactics available through ‘mainstream’ offerings, but be aware that to experience real changes in your life, you must work on how you think and react to the emotions that arise within you, when faced with the feedback from the world you have created up to this point. You do not need money for this. You do not need to buy anything; just practice being mindful of your thoughts, feelings and reactions. Practice moving your focus more towards the things you would like and halt the spiral of anxiety that delivers the things you cannot control. For some of you, this will be the hardest work you have ever been asked to undertake. For others, it will be a joyful release and expansion into new possibilities. For all of you, this practice will show positive results – and often much faster than you might imagine.
Top