Yesterday, I responded in a private message to a post on my facebook timeline. To my surprise, the message window appeared again seconds later with a reply. I say surprise, because the person I messaged is not only extremely well known in his field of exploration and authorship, but recently apologised to his followers en masse that, due to an exceptional workload, he was unable to respond in person to the many who had contacted him. However, he kindly added that he really appreciated everyone’s contributions. I just assumed that my message would be pertinent to his posting and that he might read it sometime.

We then engaged in a brief exchange, during which I mentioned some information I had related in one of my own books that might be of interest in relation to one of his current topics. He wanted to know more and then said he would buy the book. 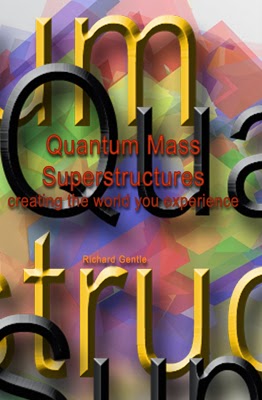 It wasn’t until I had sent him the Amazon purchase link, that I remembered the cost of the book. For a moment I wondered if I had over-priced it – due in part to the cost of production being higher than other books I have written because it necessarily has to contain colour images. The book is also rather thin – actually being more akin to a booklet. He seemed a little surprised at the price and I apologised with the explanation just given.

I thanked him and we ended our conversation. After about 10 minutes of elation, that someone of such standing had bought a book off me, I thought I’d better have a quick read through and see if it stood up to the scrutiny it would no doubt receive… and at that cost!

It may seem odd to some, but I often read through my own books. I actually believe I write well and it is testament to my diligence that I rarely feel anything needs to be changed in hindsight. I write precisely and concisely, with little unnecessary padding. Of course, the downside of this is that I often end up with booklets more often than books! As a writer, I choose my words very carefully. It is very important to convey what I mean to be received. QMS was originally a talk given to scientists and researchers in Barcelona.  It came from inspiration and the words flowed easily through me. For over 30 years, I have explored the more ‘hidden’ aspects of physical life, and QMS suddenly made a lot of sense.

I realised that the ‘Worry Monster’ (as my friend puts it) was dancing on my shoulder as I read through my work.  “Is this value for money?” it goaded. “Are you actually saying anything new?”

I woke in the early hours, still thinking about the book and what apology or recompense to offer, should it be rejected on receipt. Perhaps I could offer to return part of the cost, or maybe offer a second complimentary book free. “Stop it!” I thought. “Think of all the things people spend money on. Think of that same amount of money you put into the car as fuel every few days!” The Worry Monster wouldn’t let go. “Yes, but look at the thickness of his books – and you can buy them for less than £10.” I just hoped that my book was appreciated as substance over quantity.

Check out my books at www.richardgentle.com