Few of you may have heard of the NAEA – let alone have visited it!

Based in the grounds of the YSP (Yorkshire Sculpture Park) and an easy 2-minute walk from the lower car park towards the old Bretton Hall, the National Arts Education Archive ‘…was established in 1985 to provide a documentary trace of the development of arts education in the UK and worldwide, by collecting children’s and students’ work and the papers, letters and work of key educators and artists in the visual arts, music and language. This material, comprising more than 100 catalogued collections, is based in the purpose-built Lawrence Batley Centre at YSP and is available to researchers, lecturers and the general public by appointment.’ 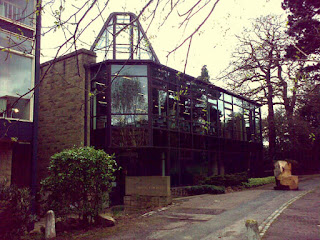 I was working at Bretton Hall College as an audio-visual technician when Lawrence Batley visited to view the new archive in 1985. I was asked to take a photograph of the occasion and recall quite vividly that Lawrence had forgotten to bring a red rose for his buttonhole – and steadfastly refused to have his photo taken without one! Bizarrely, that very same morning, someone had left a bunch of red roses in the Media Centre sink, which I had earlier come across by accident, since that was my base at the time. As a result, I was permitted to take the required press photo (which still appeared in the 89 edition of the college prospectus). 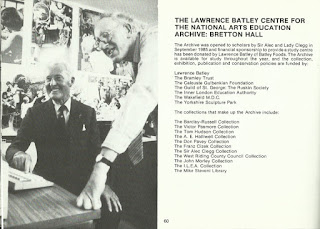 At the time of writing, there is an exhibition running in the NAEA put together by Eileen Adams, (educator and writer, member of the Expert Group for Art and Design Education) and the archive team, led by Anna Bowman and Leonard Bartle.

On Saturday 17 October 2015, I attended ‘(R)EVOLUTION: NAEA 30th Anniversary Celebration‘ where talks were given by Eileen Adams, together with some of the founders of the NAEA initiative: Dr John Steers and Professor Ron George. Artist, Bob and Roberta Smith (one person), also gave a talk in support of his exhibition running in the YSP Bothy Garden Gallery spaces and around the parkland: ‘Art For All‘.

For me, the event brought up feelings of both nostalgia and coming full-circle. My father, Keith Gentle, played an intrinsic and pivotal role in the Arts Education covered by this period of reflection, both through his work with the Schools Council [when living in Leicestershire] and from 1972 in his role as an Art Adviser for the West Riding, Yorkshire. It was during his time [as an Art Adviser], that he was instrumental in producing the 1978-79 exhibition and book, ‘Learning Through Drawing‘. Over the years, he had also worked alongside some of those both on the podium in front of me and in the audience with me. Growing up in the 1960s and 70s, I recognised the ethos of the period now being discussed, having lived it first-hand. I too played my part in its evolution, both as a child who, with his two siblings, unwittingly contributed to the inspiration of his father’s work and who later received a Fine Arts Degree in Sculpture from Sheffield City Polytechnic, before its satellite centre at Psalter lane (Sheffield College of Art) was closed down in August 2008 and, a couple of years later, demolished.

Between 1968 and 1975, we [the children] produced a variety of drawings and constructions, many of which were used as source material for my father’s courses (many held at Woolley Hall when it was a centre for in-service training) – supporting school art teachers in their professional development. With emphasis on the creative process of child development, he [among other things] demonstrated the value of the direct experience of learning in a contextual environment. (Also see Land of Gobeyond and slide show here). 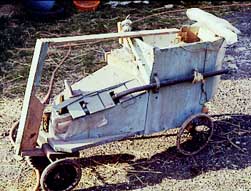 Since the beginning of the 1980s, successive political parties (though mostly the more right-wing ones) have denigrated the value of the arts in our British culture – first art & design and more latterly, music – and through adverse media reporting and political criticism, have produced a ‘hit-list’ of things to remove from the mainstream school curriculum by diminishing their importance to that of hobbies or extracurricular activities that must be paid for outside of the normal school day.

As I watched and listened to these [now elderly] presenters, I felt both the sorrow for something lost and the sense of urgency for something that must be preserved. These were people who had not only lived the experience of a free arts education, and met or worked alongside some of the most influential arts figures of our time, but who had also been instrumental in promoting the values of art and art teaching, perhaps not witnessed since the German Bauhaus movement of the early 1900s.

As I continued to listen, I was reminded of the book, Fahrenheit 451 – a dystopian novel by Ray Bradbury published in 1953. It really started to feel as if the current attitude of political policy makers towards the arts in education, was like a living version of the outlaw of books in the story; where exiled drifters each memorised books for a future time when society would once again be ready to rediscover them. Likewise, there are fewer of us now left who remember the quale experience and value of true education with thoughtful pedagogy, alongside academic rigour, and independent of any future commercial relevance. The NAEA is the modern-day exiled drifter, preserving our educational arts heritage.