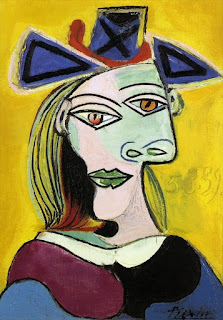 Distortional Representation: When a statement is made by a person with one intention, but is twisted around by a receiving person, or people, and repeated in a provocative way to mean something different. As a result, no amount of come-back explanation will then be accepted in support of the originally intended meaning.

Distortional Representation can be accidental or deliberate. An accidental example might be a text message or an email, sent with one intention, but interpreted by the recipient in a completely different way. This is quite common and is a result of not being able to interpret other simultaneous signals, such as, facial expressions or voice intonation. Another reason for misinterpretation, could be the mood of the recipient at the time of reading the message. If the person is already feeling annoyed, this angst could be conveyed to what is being read. This is why it is important, when you send a written message, to re-read it in different ways, to see if it could be misunderstood. One way to help reduce misunderstanding, is to use emojis 🙂 or abbreviations (lol). Accidental examples:

‘Will you tell Steve…’
‘Could you ask Steve…’

Deliberate examples of the type we typically see in media reporting, are like these. Notice too, the use of upward intonation, at the end of the replies, to convey indignation in the form of a question:

Person A: “I believe we should always try to resolve conflict through discussion.”
Person B: “So you’re saying, you wouldn’t hit anyone?”

Person A: “It would be more cost effective to use some of the left-over paint for this job.”
Person B: “So you’re suggesting we should make do with out-of-date and inferior materials?”

Person A: “We need a time for reflection before acting inappropriately.”
Person B: “So you’re just going to do nothing?”

To accomplish Distortional Representation effectively, the transmitting party must illicit a particular response in the witnessing receivers. Being forceful and charismatic, repeating any emotive words, in a provocative manner, is used to create an emotional trigger response in receivers. Those receivers will often feel a resonant connection, in their own life experience, whether actual or believed, and if a further link can be connected to, or associated with, for example, past historical atrocities, in ways that the receiving audience feels should be off-limit, taboo subjects, then outrage is complete and the deflection through Distortional Representation, is complete.
Politics is possibly much more about marketing than it is about policies. Several approaches have been tried over the years, from the rule of threes – ‘no, no, no.’ and ‘a better this, a better that, and a better the other.’ All the way through to patronising platitudes – ‘hard working families’ and the ‘great British public.’
It often feels as if a team of people have put together special political training resources… oh, hang on a minute… they have:
The always now used personal favourite, has to be answering one’s own questions – stopping the interviewer from changing your subject, whilst giving the listeners what they really need to hear: ‘Do I want a fairer Britain? Yes I do. Has our party got the right policies in place? Yes it has.’
Then we went through a period, when politicians started to carefully hide small untruths and, when found out, used various techniques of misdirection to smooth over the cracks. There then followed a policy of declaring outrageous changes, letting the public express their upset and anger, and once that had died down, bringing in the changes, largely unannounced, a few months or a year later, to little, if any, protest – often at a time when something else was stealing the headlines, such as a major death in the story plot of a TV Soap, or better still, a terrorist event.

Anything that frightens and causes panic in people, provides an opportunity to bring in sweeping changes, that under other circumstances, would never be permitted by a society.

Over the past few years of governance, politicians have stopped worrying about covering their tracks. Blatant dishonesty and lying has become the norm. Outrageous true stories have beggared belief. It is no wonder that similarly generated stories, linked together with the popularity of social media and ‘click bait’ monetised articles, have resulted in a lot of ‘Fake News’.
But what about the ‘facts’? Why are we not listening to, and taking notice of, all the rational and educated ‘experts’ when it comes to making informed choices about our personal and our country’s future? Well, there could be a number of reasons:
But now, there is a new tool in the political armoury – what I am calling, Distortional Representation. We have already seen it occur in the recent past, with Ken Livingstone’s comments, misreported in a way to suggest strong anti-Semitism – effectively ending Livingstone’s credibility and political career. I am not saying I am a fan of Livingstone, but I did observe the distorted reporting at the time, offered up with loud, provocative, and often charismatic anger, lodging in the minds of people ready to be outraged by well chosen sound-bite extractions for media dispersal.
We now witness the same approach, applied to the leaders of the two main political parties – Theresa May and Jeremy Corbyn. However, given that the Conservatives currently hold the power, it’s easy to see why the mainstream media sways towards May and away from Corbyn. Political commentators can have a lot of influence in the way a public audience receives information, through audio-visual broadcasts and other media, and if they repeat a distortion of what is said with particular intonation or emphasis, it’s quite easy to influence opinion in many of the listening, reading, or viewing public. This technique is made easier by the fact that few people really listen, and fewer still, bother to think about anything in any depth. Dramatisation, outrage, and shock, are the things we naturally react to.

It’s very challenging to write an article on this subject, because I know that everyone has a personal opinion, based on their own understanding of the reality they experience. We always gravitate towards those who agree with our own opinions. You might call it a tribal approach to living. Personally, I can see, and to varying degrees understand, merits in most opposing opinions on a variety of subjects. No one has the perfect answer and no one really holds the truth. In fact, truth only becomes accepted as truth, when enough people agree on something – regardless of whether that truth stands up over time. Unfortunately, we have developed a world where ‘fighting’ for one’s truth then takes over. Instead of the truth unveiling itself, it comes down to a battle of the physically superior. The people who can bomb the shit out of any opposition hold the rightful truth. 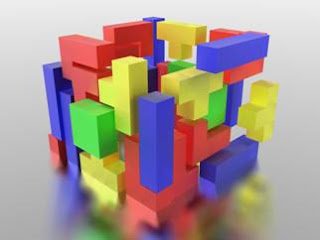 In 2011, I gave a talk to a small group of scientific researchers, in Barcelona, called ‘Quantum Mass Superstructures’. A year later, this became a book by the same name, with the additional strap line of: ‘creating the world you experience’. Within this book, I talked about how the world was now full of different creative thoughts and opinions and how the advent of the world wide web (Internet) had enabled all these views to be expressed and easily accessed. However, build-ups of strong views would ultimately meet in varying degrees of collaboration or opposition, often creating equal divisions of beliefs about reality. At such times, you either get great positive, and creative changes, or horrifying and upsetting, negative disturbances.